Corona infection cases increasing again in many parts of the world

Two years ago, in October 2019, the coronavirus infection (Covid-19) epidemic started from China. 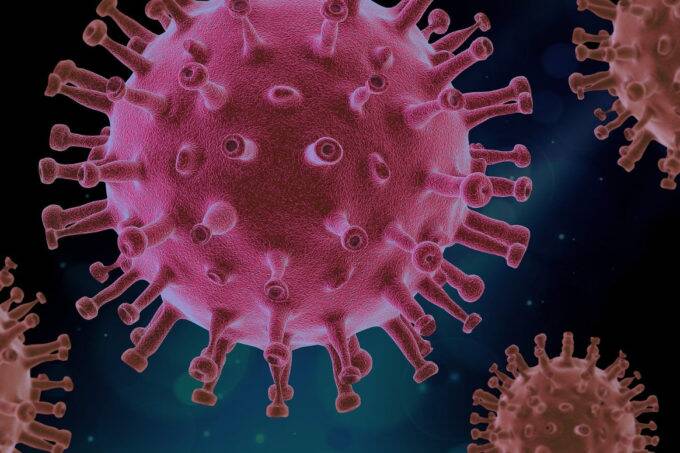 Two years ago, in October 2019, the coronavirus infection (Covid-19) epidemic started from China. According to research by the UK University of Kent, this epidemic, which started due to the SARS-CoV-2 virus, would have emerged in early October and mid-November in 2019, which gradually engulfed the whole world by January 2020. took. So far this epidemic has killed 49.57 lakh people all over the world and 244 crore people have come under its JD. Once again this epidemic is increasing in some parts of the world.

Two years after the start of the epidemic, once again cases of coronavirus infection have started increasing in many countries including Britain, China, Russia, New Zealand. Russia and China have announced a strict lockdown to protect their citizens from infection. China: A day after imposing a complete ban in Eigen Benar, the Chinese government has also imposed a complete ban in Lanzhou on Tuesday in view of the increase in cases of corona infection.

The population of this province of China is 40 lakhs. On the other hand, Beijing, the capital of China, has identified an area as a medium risk for infection and a residential area as high risk. So far 21 cases of corona have been reported in Beijing and 33 cases across the country. Meanwhile, Hong Kong has started taking strict steps to prevent the infection of Corona in view of China’s policy.

New Zealand: 109 cases of coronavirus infection were registered here on Monday. The largest number of cases were reported in the country’s largest city, Auckland. This is the second-highest number of cases of corona infection in a day since the beginning of the epidemic. New Zealand declared itself free of corona in early 2021 but is now unable to stop the delta form of corona from spreading in Auckland, while a strict lockdown has been in place in Auckland for two months to prevent infection.

In Russia, a record 1,106 people died due to the corona epidemic in twenty-four hours, which is the highest ever since the epidemic. At the same time, amid the increase in the cases of infection, the government banned people from going to the workplace this week. The death toll rose to 232,775 after 1,106 people died in 24 hours, the highest in Europe. At the same time, there was a partial decrease in the cases of round-the-clock infection as compared to some days.

A total of 36,446 new cases were reported here. Russian President Vladimir Putin announced a non-working period from 30 October to 7 November to prevent the spread of the epidemic. During this time, most government and private business organizations will not work and most shops will also remain closed. At the same time, schools, gyms, and entertainment places will also remain closed. Food and medicine shops and essential service establishments will remain open. Putin has asked local officials to order that people over the age of 60 who have not received the vaccine stay at home.

Share
Facebook
Twitter
Pinterest
WhatsApp
Telegram
Previous articleThe real form of Pakistanis is pleasing to Babar devotees – the filmmaker said on Waqar Younis comment on the Indo-Pak match; Amish Devgan also upset
Next articleRazia Sultan: Razia Sultan, the female ruler of India, lost her throne due to her love for a servant