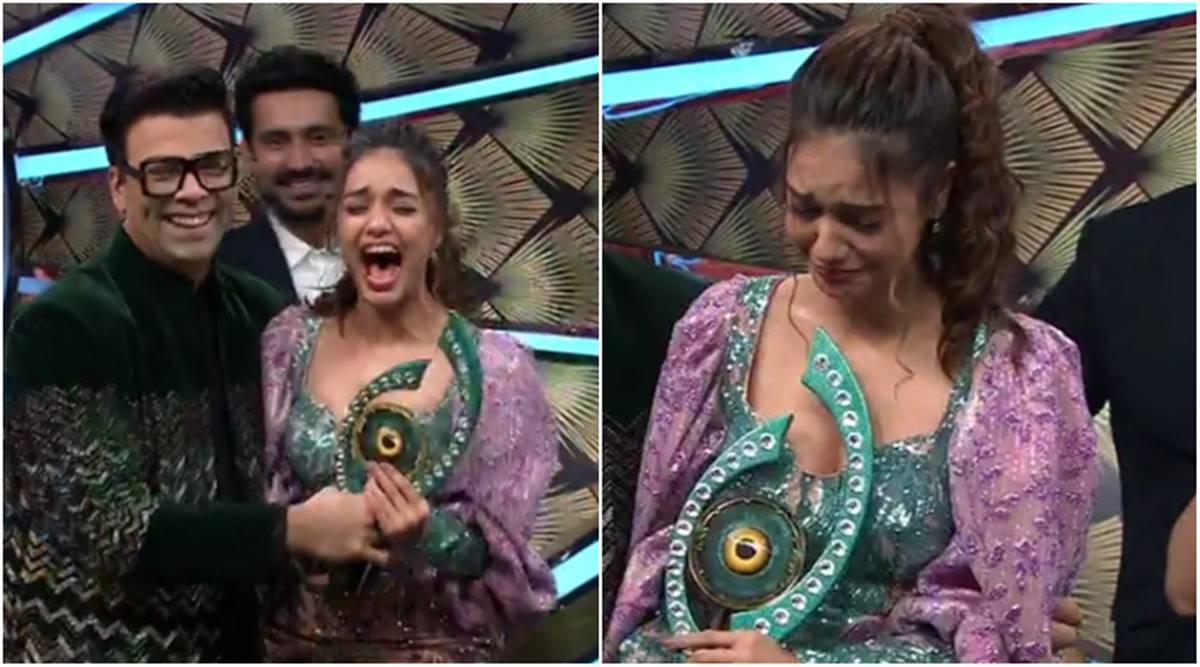 Divya Agarwal on Saturday night became the first winner of Bigg Boss OTT, leaving behind Nishant Bhat and Shamita Shetty. In the competition, Nishant Bhat was the first runner up and Shamita Shetty was the second runner-up. Divya received a reward of Rs 25 lakh along with the trophy. Divya, who became the winner of Bigg Boss OTT, maintained herself in a strong position from the very beginning in the competition, though she had to face the opposite situation at times. He did not find any connection in the show. Because of this, he was nominated for homelessness from day one.

On winning the contest, he said that it was his dream to win Bigg Boss, which he has fulfilled today. The competition started on 8 August. Karan Johar was the host of this live Bigg Boss OTT show which lasted for almost 1000 hours continuously. Bollywood actor Riteish Deshmukh and his wife actress Genelia D’Souza also arrived to support him in the finale episode. During this, both of them had a lot of fun with all the contestants.

The first five finalists in the race to win the show’s trophy were Shamita Shetty, Divya Agarwal, Rakesh Bapat, Prateek Sahajpal, and Nishant Bhatt, but later Prateek withdrew himself from the finale. Thus only four people were left in the race.

Before joining the show, Divya had told indianexpress.com, “After Ace of Space, I have faced many crises in my career and personal life. During this, I also lost my father. Today, I feel like I am a completely different person, who is very strong and it would be really difficult for anyone to break. I think this time it is going to be a very mature and meaningful fight.”

Bigg Boss OTT is the third reality show for Divya. Prior to this, she was the winner of the first season of MTV Ace of Space, while runner-up in MTV Splitsvilla. Divya made some good bonding in the Bigg Boss house. Though he had a few tussles with Shamita Shetty, his warm relationship with Rakeysh Bapat, Nishant Bhat and Muskaan Jattana kept him in the limelight.