Group Captain was honored with Vir Chakra, then Pakistan was furious, lied again about the F-16 jet

At the time of the Balakot airstrike, Abhinandan was posted as Wing Commander in the current Air Force, who has been promoted to Group Captain. 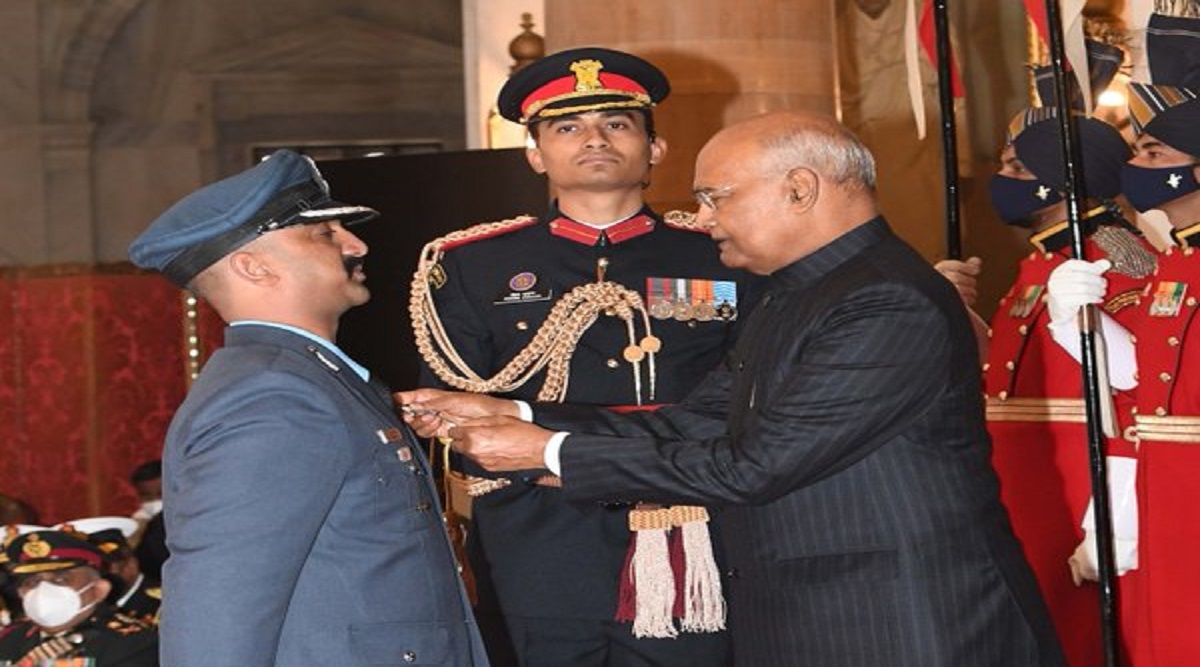 Pakistan’s Foreign Ministry said in a statement, “Pakistan categorically rejects the completely baseless Indian claims that a Pakistani F-16 aircraft was shot down by an Indian pilot before being captured by Pakistan. The case of honoring the Indian pilot clearly shows that India wants to please the people of its country and hide its embarrassment.”

Pakistan has said that giving military honors for “fictional acts” of gallantry is against the norm of military conduct. Pakistan said that India’s false story obviously has no credibility before the international community.

After the Balakot airstrike, Pakistani Air Force planes violated the Indian airspace. After this, the Indian Air Force Wing Commander Abhinandan shot down Pakistani F-16 with his MiG-21. During this, his plane crashed and fell into the Pakistani border and the Pakistanis caught him by lying. However, in the face of Indian diplomacy, Pakistan had to abandon Abhinandan.

Abhinandan Varthaman was awarded the Vir Chakra by President Ram Nath Kovind on Monday, 22 November for this indomitable courage. The ceremony was held at Rashtrapati Bhavan, in which Prime Minister Narendra Modi and Defense Minister Rajnath Singh also participated. The Vir Chakra is India’s third-highest wartime gallantry award, after the Param Vir Chakra and the Maha Vir Chakra.