Immigration: why the dispute between France and Britain deepened

Recently, 27 people died when a boat sank in the English Channel located between France and Britain. 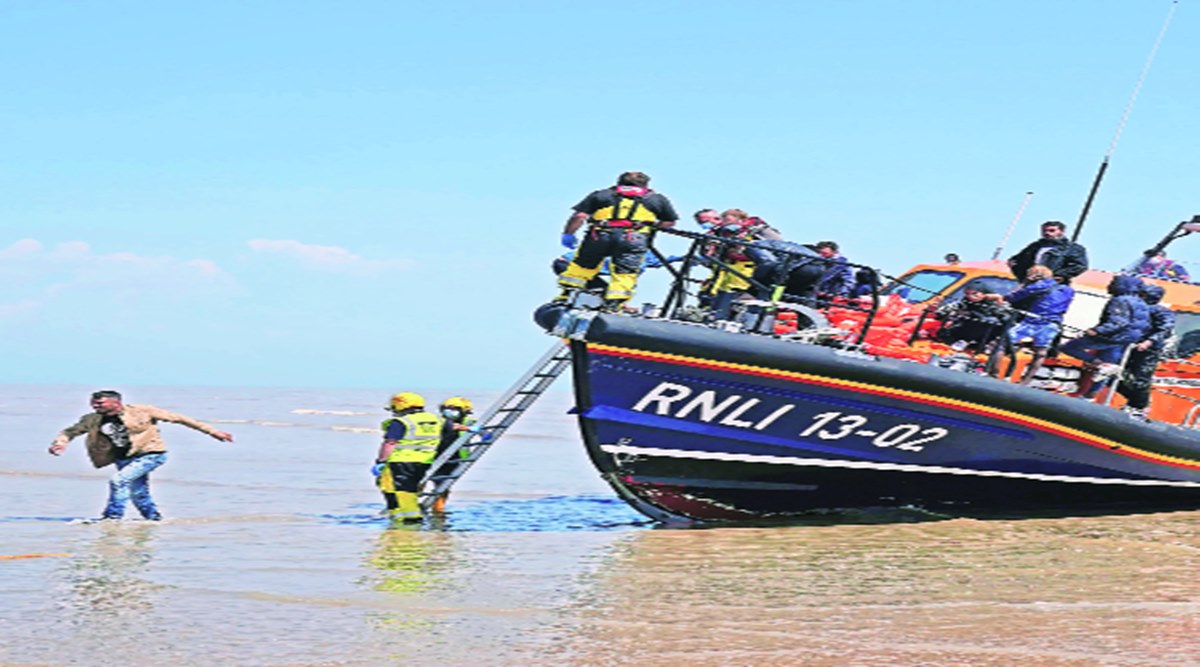 Recently, 27 people died when a boat sank in the English Channel located between France and Britain. These included 17 men, seven women, and three teenage girls. According to local fishermen, the weather was cooler, but more migrants left for Britain than usual as the sea was calm. On Wednesday last week, a group of migrants was seen carrying a rubber boat headed towards the sea near Vimoro. The same group was seen crossing 30 km of sea and landing in Dungeness in southern England in several hours.

Migrants fleeing Afghanistan, Iraq and many more countries often undertake such risky journeys in such loaded boats. It was the worst accident ever on this narrow sea route between Britain and France. After the accident, British Prime Minister Boris Johnson said it was France’s fault, and French Interior Minister Gerald Darmanin accused Britain of poor immigration management.

After this, the fight between France and Britain, already fighting over the trade rules and fishing rights implemented after Brexit, escalated. On Friday 26 November, French fishermen stopped a small British ship from stopping at Saint-Milo. They also plan to block both the port of Calais and the tunnel of the Channel. Both places are major centers of trade between Britain and Europe.

After this, France withdrew an invitation from Britain’s Home Minister Priti Patel to attend a meeting on the migrant crisis. Earlier, British Prime Minister Boris Johnson had criticized the attitude of France during this crisis. This is the latest development. Immigration disputes between France and Britain have deepened. Johnson wrote a letter to French President Emmanuel Macron, which has been condemned by France.

An official close to French Interior Minister Gerald Darmanin called the letter unacceptable and against the spirit of negotiations between the partners. According to French government spokesman Gabriel Attal, “Darmanin told Patel that he was no longer welcome.” The UK government has said it expects France to reconsider the decision. Britain’s Transport Minister Grant Schuppes said: ‘No country can deal with this crisis alone, so I hope the French will reconsider it.’

On the other hand, the three EU member states Poland, Lithuania and Latvia have been battling with the migrant crisis for months and now the situation has become quite tense. Hundreds of migrants have camped on the border between Poland and Belarus amid icy temperatures. Polish police have released video footage showing migrant camps and bonfires across the border towards Belarus. Poland has accused Belarus of asking migrants to enter the European Union via Poland.

In some video clips, hundreds of migrants can be seen marching towards the village of Kujnica near the border with Poland. Some can also be seen trying to break down the fence with shovels and other tools. Around 8,000 people have camped across the fence on the Belarus side.

Including them, about four thousand migrants are present there and in the nearby forests. A spokesman for Poland’s special services said it was estimated that there could be up to 12,000 migrants in Belarus. Most of these migrants are from the Middle East.

Tensions have been rising since then. Polish authorities closed a border crossing with Belarus. It was from this place that thousands of migrants tried to cross the border. Poland said it had deployed additional soldiers, border guards, and police. Neighboring Lithuania has said it may impose a state of emergency along its border with Belarus.

Most of the immigrants are from the Middle East. There are from Iraq and Syria, some have also arrived from Africa. Everyone is looking for a new migratory route to enter Europe. Most people just want to pass through Poland. Their destination is Germany, Britain, or other countries of Western Europe. Global mobilization is also visible regarding this crisis. Poland has also received strong messages of support from the European Union, its member states, and the US in facing this crisis.

Also Read: What if Kuwait makes this Rule??