In Pakistan, the mob set a police station and four police posts on fire, know what is the matter

A police officer said no force was used on the crowd. No one has been injured by this. Let us tell you that according to the law of Pakistan, the person who commits blasphemy is given the death penalty. 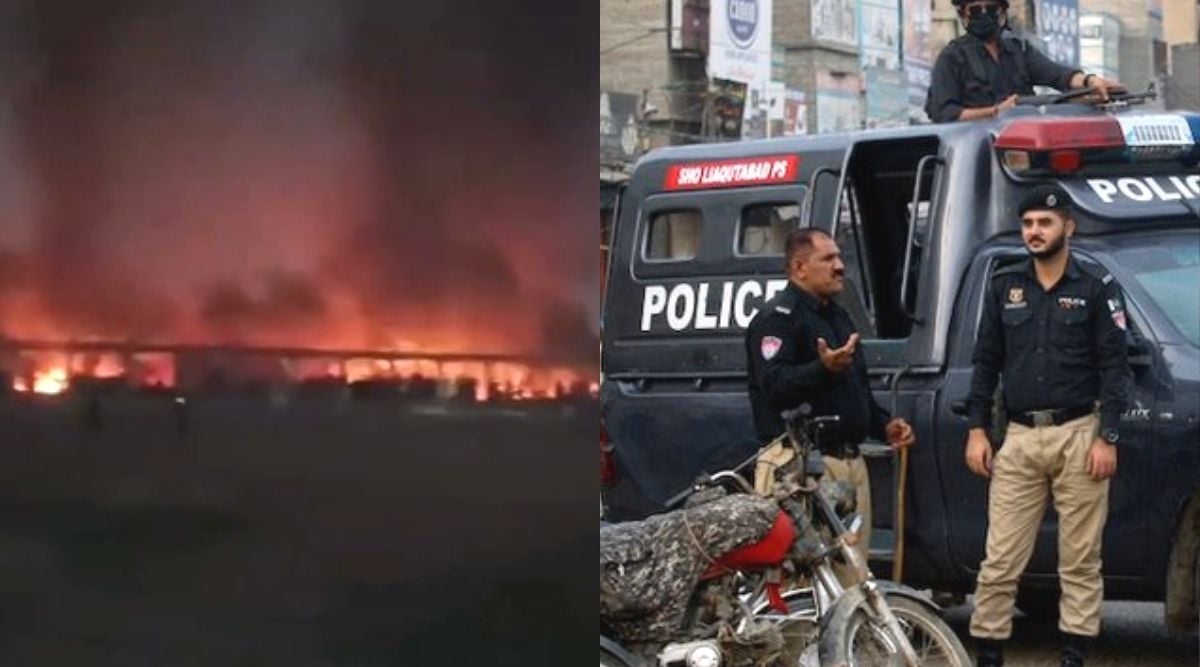 A mob torched a police station and four police posts on Sunday in Pakistan over blasphemy. Let us tell you that this matter is of North-West Pakistan. Where the mob was demanding the police to hand over an accused of blasphemy. The anarchists carried out the arson after the police refused to hand them over.

Regarding this incident, officials say that a mentally challenged man was accused of insulting the holy book of Islam, the Quran. Local official Asif Khan said that no official was injured in the chaos of the mob.

Please inform that because of the attack, the police Pakistan Troops had to be called in to gain control of Charsadda, a district in Khyber Pakhtunkhwa province. A video has been posted on social media in which a fire is seen burning in the police station. To this, Khan said that the mob was trying to beat up the accused but the authorities foiled the attempt.

The police took the accused to another district to save him from the mob. He did not reveal the man’s name, saying authorities were still investigating and the suspect was arrested a day earlier on charges of insulting the Quran. Khan said the officers initially protested to stop the crowd but after thousands of protesters attacked police buildings, the officers withdrew.

He said that force was not used on anyone. People were saved from casualties. He said the situation in Charsadda was not bad on Monday. At the same time, the police are demanding the arrest of those involved in the attacks. Let us tell you that according to the law of Pakistan, the person who commits blasphemy is given the death penalty. Where often the allegations of crime are enough to incite mob violence.

Share
Facebook
Twitter
Pinterest
WhatsApp
Telegram
Previous articleMaruti Suzuki Brezza photo leaked amid testing: SUV’s launch set for next year
Next articleBail to Sharjeel Imam, Allahabad HC said – neither he asked anyone to take up arms, nor to riot