PCB Chairman Rameez Raja has informed that a big Pakistani investor has promised a blank check if the Pakistan cricket team beats India in the T20 World Cup. Apart from this, the jersey of Pakistan is going viral in which the name of the organizer India is not written but the name of UAE is written. 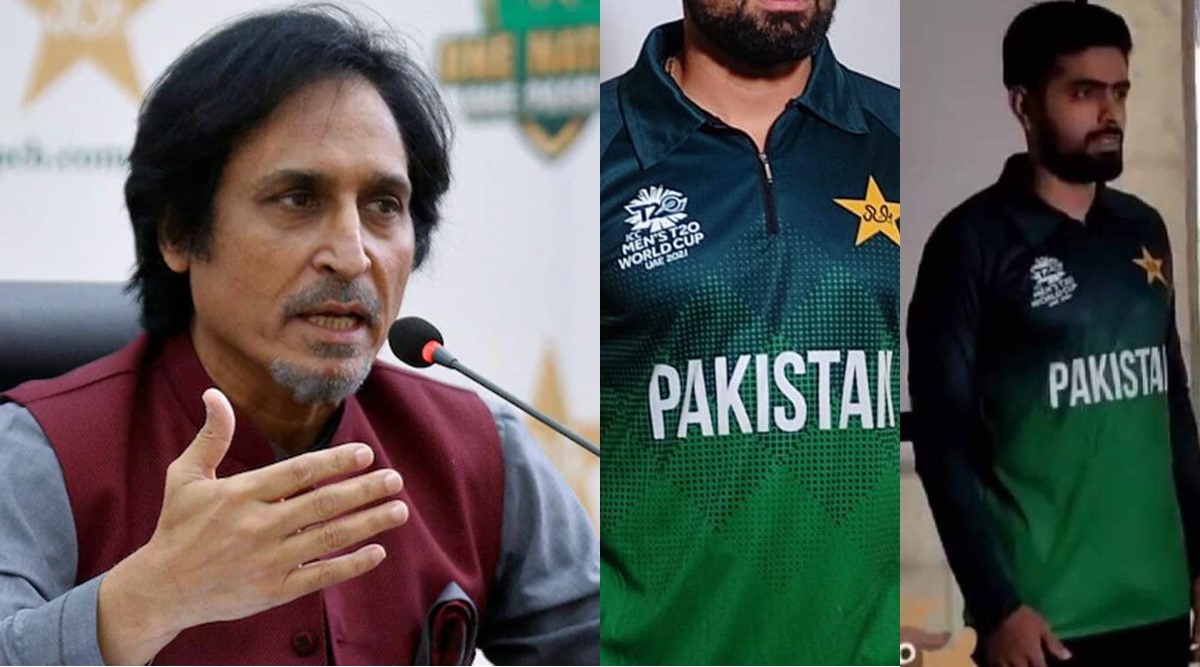 In UAE and Oman from 17 October, the T20 world cup is about to begin. The main league stage will start from 23 October and India vs Pakistan high-voltage match is to be held on 24 October. Before this match, where the excitement has started. There itself Pakistan cricket board A nefarious act has also come to the fore. Pakistan cricket t20 world cup On the jersey, the name of India has been removed and UAE has been written.

Let us tell you that according to the rules of the ICC, it is mandatory for all the teams in ICC tournaments to write the name of the tournament along with the name and year of the host country on the right side of the chest on their jersey. In this context, India is hosting the 2021 T20 World Cup.

Therefore, the name of India should be on the jerseys of all the teams. But out of the jerseys of many teams that came out on Thursday, Pakistan’s jersey was completely different. While the jersey was to be written ‘ICC Men’s T20 World Cup India 2021’ Pakistan Has written UAE here instead of India. Whose pictures are becoming fiercely viral on social media?

You will get blank check for defeating India – Rameez Raja

According to news of Pakistan’s website Cricket Pakistan, PCB chairman Rameez Raja has said that a big businessman of Pakistan has promised him that if his team beats India in the upcoming T20 World Cup, he will be given a blank check.

Speaking at the Inter-Provincial Coordination (IPC) Senate Standing Committee meeting held in Pakistan on Thursday, Rameez said, “A big investor told me that a blank check is ready for the PCB if Pakistan beats India in the upcoming T20 World Cup. So.’

This match was lost by Pakistan by the ball out rule. After this, both the teams met in the final as well, in which India defeated Pakistan to win the first T20 World Cup trophy.

Also Read: Pak-born cricketer banned for 4 years, did corruption in the series against Zimbabwe