www.lingocap.in has the facility of real time speech captioning for video communication. The grandson created the site when there was trouble in talking to the grandfather. 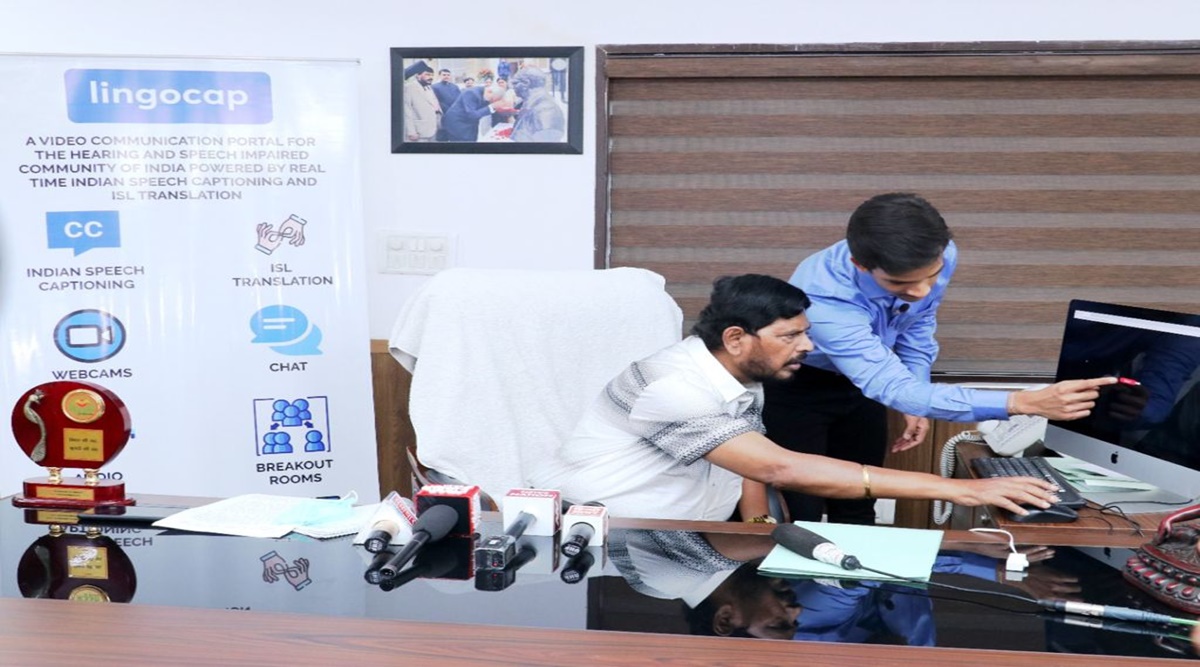 The Minister of State for Social Justice and Empowerment, Shri Ramdas Athawale launched a communication portal Lingocap (www.lingocap.in) on 26 August 2021. It has been launched to help people with speech and hearing impairment (the hearing impaired). It works in five Indian languages. It has the facility of real-time speech captioning for video communication.

Lingocap is created by Shivansh Kulshrestha. He is a student of the 11th class in Delhi Public School, Vasant Kunj. The number of people with speech and hearing disabilities in India is said to be more than 7.5 million. Shivansh’s grandfather was also one of them.

Shivansh’s grandfather had a hearing problem. In early 2020, he went to Jaipur for treatment. It was difficult to communicate with them, as none of the modern video-communication media such as Zoom, Google Meets, or Skype provided captioning for Indian languages. Then Shivansh realized this is a big problem and keeping its solution in mind, he created Lingocap.

As a video conferencing platform, it has many features including all the standard features like breakout rooms, screen sharing, whiteboard communication. It plans to launch mobile apps for Android and iOS going forward.

Also Read: Union minister made a mistake, reached the house of the surviving soldier to pay tribute