Nanocomposites made from jackfruit peel can reduce water pollution 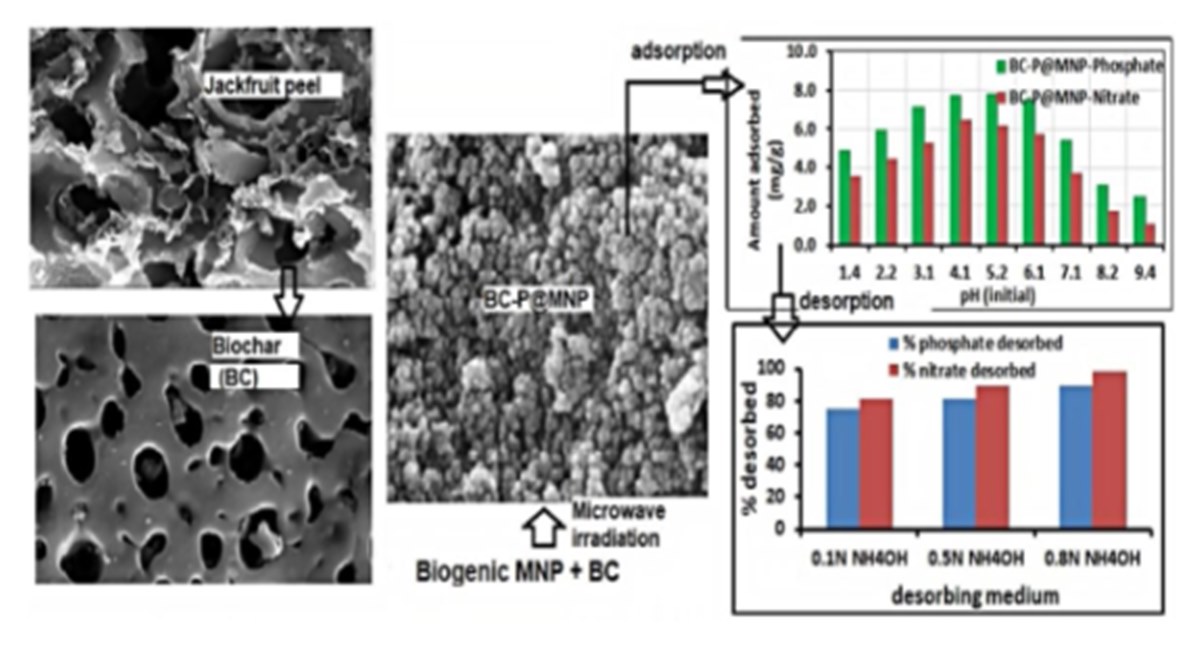 Wastewater contains nutrients such as nitrogen and phosphorus, which are needed by plants to grow. Fertilizer wastes flow from the fields to water bodies like rivers and ponds, and act as nutrients for the plant group found there.

These nutrients are often known to encourage unwanted plant growth, such as algae, on the surface of water bodies. This hinders the process of photosynthesis of phytoplankton beneath the surface of the water. In addition, some algae also emit toxic substances. Dead algae decomposed by bacteria deteriorate the quality of the water, causing a foul smell. some bacteria; They also produce methane, which is a greenhouse gas.

Indian researchers have found an eco-friendly way to tackle this problem. They have developed nano-composites based on jackfruit peel. They say these nano-composites could be helpful in separating nutrients such as nitrogen and phosphorus from wastewater. This study has been done by researchers from Graphic Era University, Dehradun.

Researcher Brij Bhushan from Graphic Era University, Dehradun says that “Nano-composites based on jackfruit peel have demonstrated their ability to remove phosphates and nitrates from waste water even in the presence of selective ions.”

Her colleague Arunima Nayak says, “Even after six cycles of reuse, the nano-composite showed only a 10 percent reduction in nutrient removal capacity. This means that it is possible to reuse this composite. Environmentally friendly nano-composites are an inexpensive way to separate nutrients from the water, which could reduce water pollution.

This study Journal of Industrial and Engineering Chemistry has been published in. The researchers involved in this study include Brij Bhushan and Arunima Nayak, besides Vartika Gupta and Shreya Kotnala. (India Science Wire)

Also Read: Japan increased the world’s worries! The nuclear plant will release one million tons of dirty water into the sea