Pakistan Minister Fawad Chaudhry has accused India of canceling the tour of the New Zealand cricket team. According to the Pak minister, a threatening email had come from India to the New Zealand team. Along with this, he has also spoken of taking legal action against the England Cricket Board. 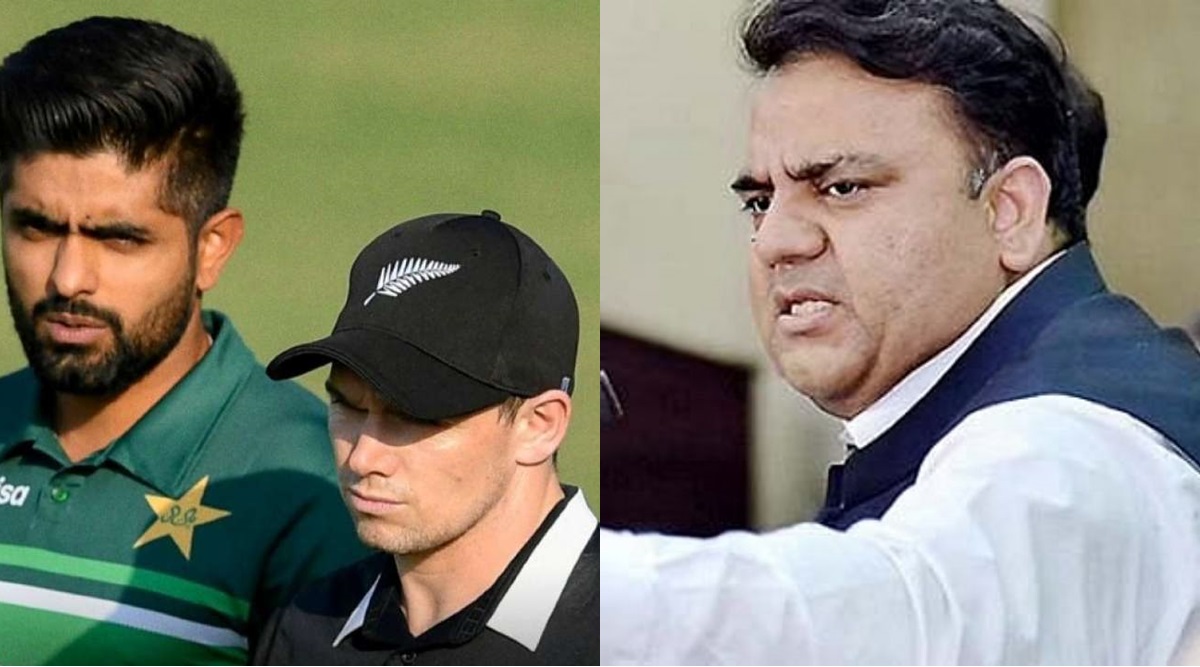 New Zealand Cricket The team had recently canceled its entire tour of Pakistan due to security reasons. Frustrated by this, Information Minister Fawad Chaudhry on behalf of Pakistan accused India of this on Wednesday. According to him, a threatening email was sent to the New Zealand cricket team from India, which prompted New Zealand to cancel their tour of the country.

According to the news agency Bhasha, Choudhary claimed, “This device was used in India for the threats that were made to the New Zealand team. A fake ID was used but it was sent from Maharashtra. ”

He said the Ministry of Home Affairs has registered a case and requested Interpol for assistance with information on Tehreek-e-Labbaik ProtonMail and Hamza Afridi’s ID.

He has also said that the West Indies team will tour Pakistan in December. And according to him, “A threat has already been issued to the team.”

He claimed that this threat was also issued by a ProtonMail account.

Will take legal action against England Cricket Board!

“It is unfortunate,” he said. We believe this is a campaign against international cricket. The International Cricket Council and other bodies should also pay attention to this. ”

On the decision to cancel the England team’s tour, Chowdhury said British High Commissioner Christian Turner made it clear that there was no change in the UK government’s advisory on Pakistan.

He said, “If the government has no objection then who is the English Cricket Board (to cancel the tour)? Claiming that players are tired is a very poor excuse. ”

He said that Pakistan Cricket Board Chairman Rameez Raja, Ministry of External Affairs, and Home Ministry will take up the issue at all relevant forums and Pakistan TV will assess the financial loss. ”

“We are working on it and if our legal team allows, we will take legal action against the ECB,” Chowdhury said. ”

In a press conference on Wednesday with Interior Minister Sheikh Rashid Ahmed, Chowdhury said that in August a fake post was made in the name of Tehreek-e-Taliban Pakistan terrorist Ehsanullah Ehsan to avoid sending his team to Pakistan by the New Zealand Cricket Board and the government. It was said that he would be targeted.

Despite this, the New Zealand cricket team went on a trip to Pakistan. Chowdhury said that on the day of the first match, New Zealand officials said his government was concerned about the threat and called off the tour.

Dawn News quoted him as saying, “Pakistan Cricket Board officials, Home Ministry security team, everyone went to him to share this threat with him. But they were as ignorant as us. ”

He said that a day later another threatening mail was sent to the New Zealand team for which Hamza Afridi’s ID was used.

He claimed that the investigating officers had come to know that the email was sent from a device in India. He said, “It was sent from a ‘virtual private network’ (VPN) which showed Singapore instead.”

He said that there were 13 more audios on this device, most of which were of Indian names.

It is worth noting that the New Zealand team had canceled the tour of Pakistan last Friday citing security threats. After which England and Wales Cricket Board (ECB) also canceled the scheduled bilateral series in Pakistan next month on Monday.

Also Read: New Zealand came to visit Mumbai, Goa, and Jaipur before the murder of 51 Muslims

Share
Facebook
Twitter
Pinterest
WhatsApp
Telegram
Previous articlePakistan wants to make the Taliban a part of SAARC, stubbornly canceled an important meeting
Next articleWhen the swag was carried away in trucks and containers, the story of the world biggest robbery