The government has announced that it is preparing to ban virtual currency (cryptocurrency). 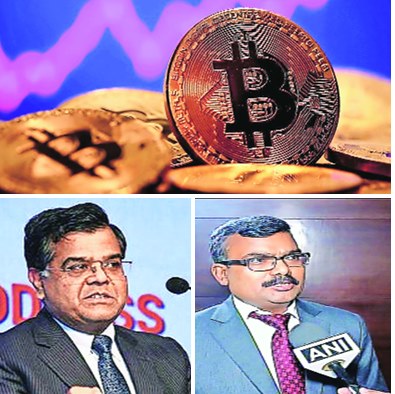 How many investors in india

Coding technology is used in this currency. It has no regulator around the world. Now many countries are looking for ways to regulate this currency. Experts agree that the network of cryptocurrencies is constantly growing. The price of bitcoin has increased more than a million times in the past 11 years. Some virtual currencies have gained up to 10 thousand times in the last one year itself. In April 2020, Indians had invested $ 92 million in it, which increased to $ 6.6 billion in May this year.

What is the government’s preparation

The name of the bill that the government is bringing for the regulation of virtual currency is ‘Cryptocurrency and Regulation of Official Digital Currency Bill, 2021’. This bill is different from the bill made in 2019. The recommendation was made a few years ago by an inter-ministerial committee comprising representatives from the Department of Economic Affairs, Ministry of Information Technology, SEBI, and the Reserve Bank of the Ministry of Finance, but it could not be tabled in Parliament. The old bill suggested a complete ban on virtual currency. On 15 November, the Parliamentary Standing Committee on Finance held a meeting with all stakeholders of cryptocurrency, representatives of the industry, and other stakeholders. In this meeting, a general opinion was reached to prepare the regulation.

Proposed draft of the bill

Through the new bill, the government wants to create a regulator under the Reserve Bank. Such a provision can be brought under this bill, which can ban all private cryptocurrencies (whose transaction information is not publicly available). However, some exceptions will be made to advance its technology and use. There is also a possibility that the government may impose a tax on it. The government can bring its own wallet, which can be issued by the RBI. This can lead to buying and selling of cryptocurrencies.

What is Reserve Bank’s proposal

The Reserve Bank has proposed that virtual currency in the country should also be kept in the definition of banknote. For this, the RBI had proposed to amend the law in October. Reserve Bank had in October proposed a ‘Central Bank Digital Currency’ (CBCD). In this regard, the Finance Ministry has said that the introduction of CBCD will bring many benefits. People’s dependence on cash will decrease, transaction costs will be less, risk will be less. According to the ministry, a robust, efficient, reliable, regular, and valid payment option will be ready. However, the ministry says that there are some risks associated with this, which are yet to be reviewed. What is the attitude abroad?

America: There is a positive attitude.
Britain: There is a provision for licensing the registered platform for virtual currency trading. Their business is also taxed.
China: Initially, the business of virtual currency was approved, but this year started taking tough measures. China is preparing a virtual version of its currency Yuan.
European Union: The European Commission released a draft of the Markets in Crypto-Assets Regulation (MICA) Bill in September last year. When the bill goes into effect, cryptocurrencies will be seen as a regulated financial instrument, which will require the approval of regulatory bodies.

What the experts say

The virtual currency will not be given legal currency status in any way. There will be a complete ban on the use of this currency in transactions. The bill is ready. Studies are going on on many more issues.

The government will have to make concrete laws so that the security and economy of the country can be kept safe. Delays in legislation have led some to create a parallel empire of cryptocurrencies. With no rules and regulations for this, a big risk is being created for national security.

Also Read: America Currency Behavior Monitoring List: The deficit is not for India but for the US