The secret behind the ant’s steely teeth revealed 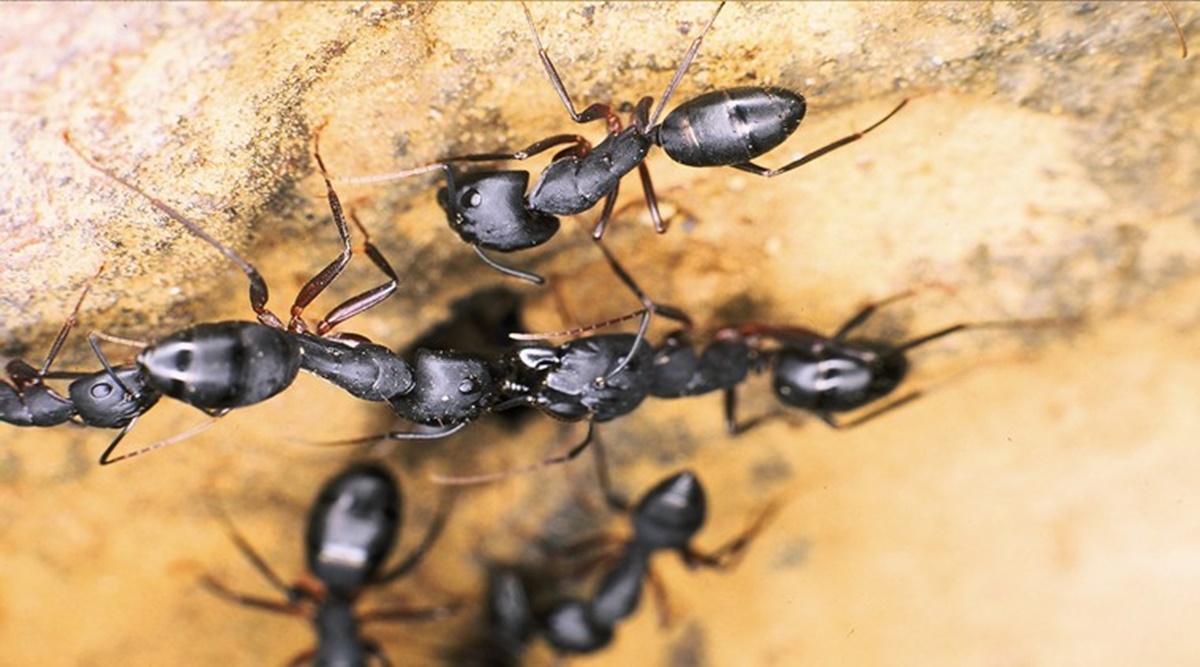 The size of electronic components is constantly shrinking.

The size of electronic components is constantly shrinking. To use in gadgets, it is necessary to manufacture devices that are extremely small and of tremendous strength. For this, a group of scientists is working with inspiration from nature. They have studied ant teeth, which, despite being extremely small in size, are extremely strong and sharp.

Thin than human hair, insect’s very fine choppers or teeth can cut strong leaves with full force. Imaging at the molecular level shows that tiny organisms use zinc to sharpen their microscopic instruments. In their study, scientists have found that a layer of zinc molecules turns ant teeth into hard and sharp tools. They say that this is made possible by the zinc molecules of the teeth arranged in a similar way, which allows the forces to be distributed evenly when biting something.

“The uniform distribution is, essentially, a mystery,” said Arun Devraj, senior researcher at the US Department of Energy’s Pacific Northwest National Laboratory, who was involved in the study on the structure of ant teeth. Ant choppers “can easily bite human skin, which would be harder to do than our own teeth.” This study, a recent research journal scientific report has been published in.

If you have ever been bitten by ants, you must have experienced how fast they can bite you. Even in your own home, you may have noticed that ants, termites, and other small arthropods have a remarkable ability to chew on an astonishing variety of wood and other materials. Scientists keep trying to get to the bottom of nature’s mysteries to ensure that durable and useful pocket-sized electronics are manufactured according to human needs.

It is only natural to find it strange that extremely small creatures have extremely hard jaws and teeth. In fact, the jaws of such insects are composed of a combination of specific proteins and the polysaccharide polymer chitin, which are linked by hydrogen bonds to produce chitin microfibrils. Chitin is hard, and when it is mixed with other materials, such as calcium carbonate, forms the hard substance found in the shell of shrimp and crabs. An example of this is that when 8% zinc is added, chitin becomes very hard, forming sharp and durable structures like ant teeth.

A team of biophysicists led by Robert Scofield of the University of Oregon is attempting to measure the effective resistance of ant teeth, as well as other microbe tools, to find out how they work, and How can replicas of them be made on a large scale by copying them. To do this, scientists assess the hardness, flexibility, abrasion resistance, and resistive effect of ant teeth and other animal tools.