The strong performance of Indian women cricketers against Australia, did this feat for the first time

Indian women cricketers continue their strong performance in the only day-night Test against Australia. After batting, Indian women have also done wonders in bowling. On the third day, the hosts are 234 runs behind after losing 4 wickets. 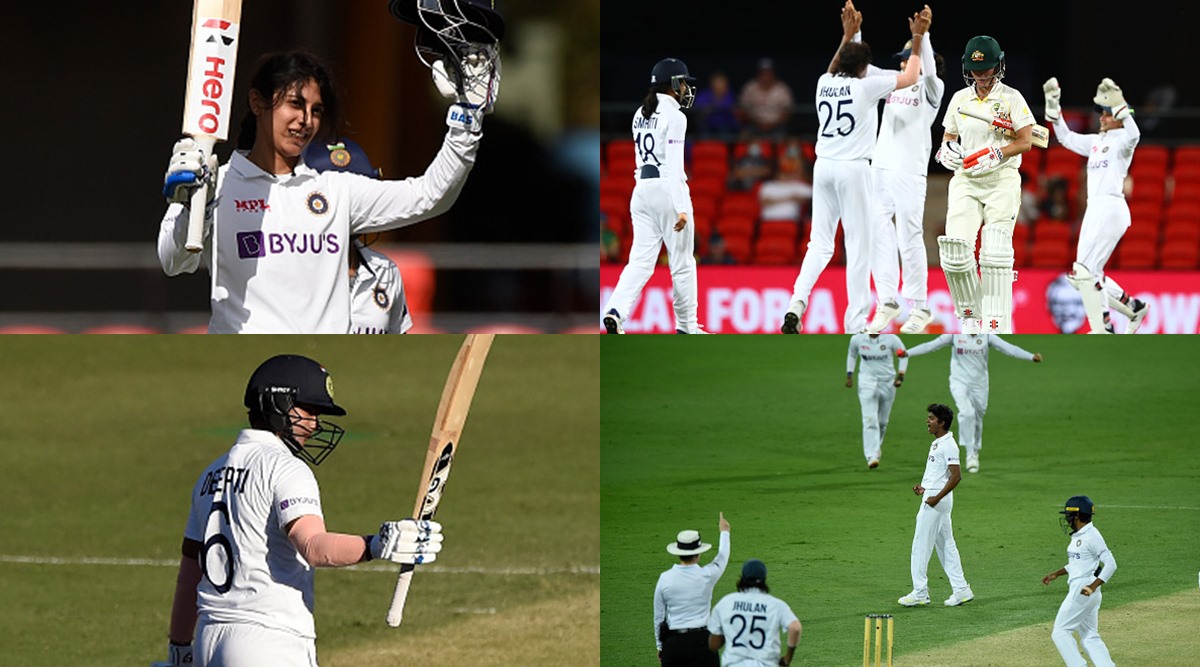 Indian women cricket The team has also performed well against strong Australia in bowling after batting. On the third day of the one-off Day-Night Test at stumps, the hosts scored 143 for four.

Earlier, the Indian team had declared its innings on 377 runs. Also, this is the highest score of Team India in an innings of a Test match against Australia.

Let us tell you that before this, India had never scored a score of 350 runs in an innings of a Test match against Australia. India in this innings reminiscence Scored 377 runs for 8 wickets, thanks to a brilliant century from K.K. and a half-century from Deepti Sharma.

After this, experienced fast bowler Jhulan Goswami took two wickets for 27 runs and bowled well. Thanks to these two wickets, Australia’s score was 63 for two at one time. Apart from Goswami, Pooja Vastrakar gave two blows to Australia for 31 runs.

On the third day of the match, the Indian team declared their first innings at 377 for eight in 145 overs. For India, Smriti Mandhana scored the highest 127 runs and apart from her, Deepti Sharma also played a half-century of 66 runs.

For Australia, Ellyse Perry, Stella Campbell, and Sophie Molyneux took two wickets each. With this, Ellyse Parry got her 300th international wicket by dismissing Pooja Vastrakar. Let us tell you that Perry is the only female cricketer to have 5000 international runs and 300 wickets to her name.

At the end of the third day’s play, Australia scored 143 runs for the loss of 4 wickets. The hosts are still 234 runs behind the Indian team’s score. Ellyse Perry is unbeaten on 27 and Ashleigh Gardner is unbeaten on 13.

Also Read: Australia’s name was recorded as an unspent record, Kangaroo team failed to take the lead for the first time