Some unidentified miscreants vandalized Hindu temples during Durga Puja celebrations in Bangladesh. To overcome this, the Sheikh Hasina government had to deploy paramilitary forces in 22 districts. 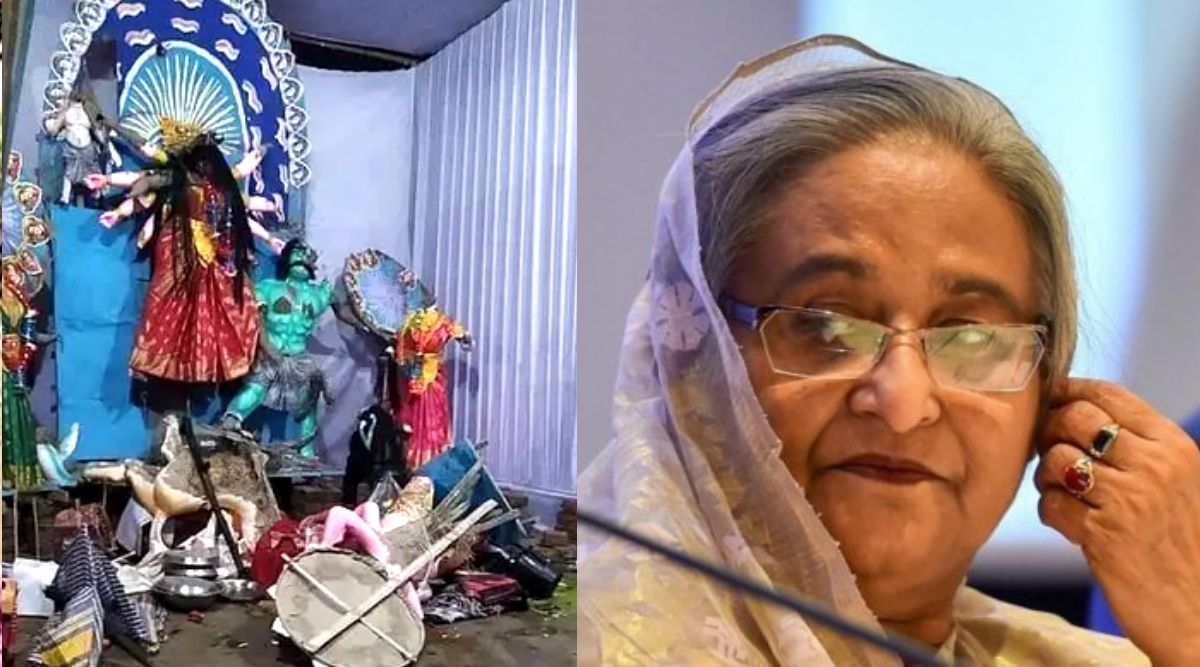 Riots have erupted in India’s neighboring country Bangladesh due to the vandalism of Hindu temples during Durga Puja. Meanwhile, Bangladesh Prime Minister Sheikh Hasina said on Thursday that India should ensure that there is no division on the basis of religion. Because such incidents happening in India have an impact on Bangladesh and there are attacks on Hindus.

It is believed that Bangladesh Sheikh Hasina has tried to strike a balance by referring to the events taking place in India after she ordered action against the attacks on Hindus. However, he did not link the attacks on Hindu temples and puja pandals to any specific incident in India.

Sheikh Hasina said that “Those who came to power in our country after 1975 used religion to divide the people. Terrorism spread in the world has had a bad effect on our country as well. He said that “It is not only our responsibility to combat this, but neighboring countries like India should also be alert for this.” He said, “India helped us in the 1971 Liberation War and we will always be grateful for that support.”

Prime Minister Sheikh Hasina said that strict action would be taken against those responsible for the incident. He has promised punishment to those involved in attacking temples and Durga Puja pandals in Kamila. He said that no matter what religion the attackers belong to, they will be punished.

On the other hand, Hindu religious leaders say about these attacks that, all this has been done as a conspiracy. The intention of the miscreants is to disrupt the Durga Puja celebrations. There has been a demand for the protection of Hindu temples by Hindu leaders.

Also Read: The family behind the structure of Ram Mandir..